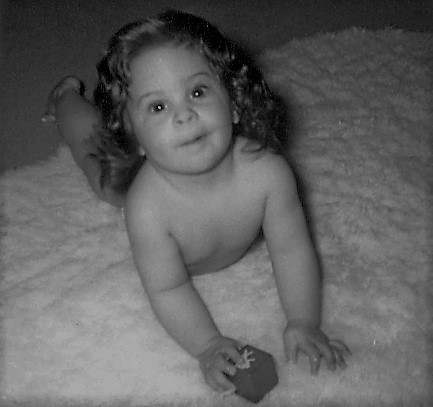 Gale at 9 months of age.

Born in 1960, Gale Warner spent her childhood on a farm enjoying country living and exploring all of nature. She graduated from Teays Valley High School in 1978 where she was active in music, track and drama. As a senior, her honors project led to an inventory of the flora and fauna of Stage’s Pond, an Ohio State Nature Preserve near Ashville. She was one of 121 senior high school students chosen from the USA and its possessions to be a 1978 Presidential Scholar, culminating in an award ceremony in the White House Rose Garden with President Jimmy Carter and First Lady Rosalynn Carter. 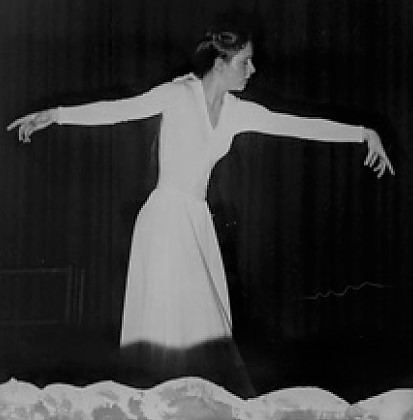 Gale in her high school’s production of  Brigadoon.

In the summer of 1981, she co-coordinated environmental education programs, including rock climbing, at Leconte Memorial Lodge in Yosemite National Park. After graduating Phi Beta Kappa in 1982 with a degree in Biological Sciences, Gale interned at Hidden Villa in Los Altos Hills, California, an educational farm and nature preserve, where she wrote copiously about her environmental education experiences. She moved to Boston in 1983 to be near her future husband, David Kreger, a Harvard medical student. 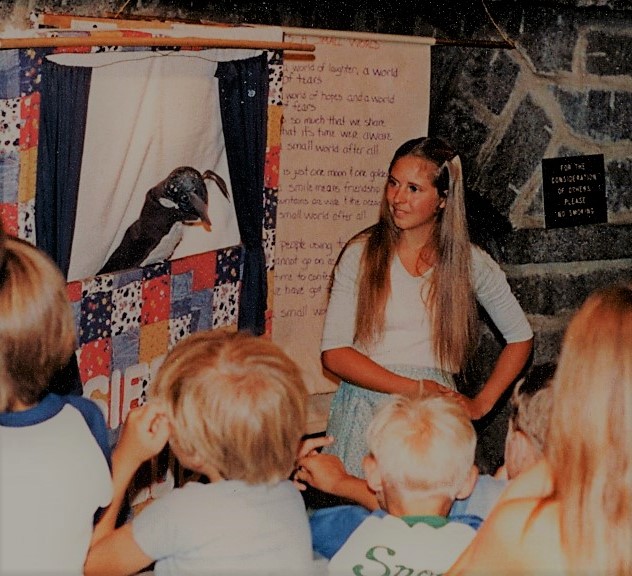 Gale leads a puppet show for children at Leconte Memorial Lodge in Yosemite National Park in the summer of 1981.

Gale won the 1984 American Academy of Poets contest while a student at the University of Massachusetts, and also volunteered at Massachusetts Audubon’s Drumlin Farm Sanctuary as a nature guide.

From early on, Gale felt a calling to be a writer. After college, she worked as an independent freelance environmental journalist, publishing articles and essays in the Christian Science Monitor, Boston Globe, Sierra Magazine and many others. She also wrote two books about U.S.-Soviet diplomacy while helping to start and lead citizen diplomacy initiatives before and during the Cold War.

Both before and after marriage in 1987, Gale and David continued their efforts to end the Cold War by organizing a series of cooperative initiatives between Soviet and American citizens. A Soviet-American backpacking and mountaineering trip to the Caucasus Mountains took place in 1986. In 1989, they co-founded Golubka, the first Russian-based organization delivering training and Russian-language publications for the emerging nonprofit sector in the former Soviet Union.

Gale had a fun-loving farm-girl smile, an unimposing 5-foot-4-inch stature, and a high soprano voice, but also the tenacious conviction to succeed in politely ejecting a KGB agent from a Moscow workshop on empowerment, and the willpower to stand her ground in confronting the Soviet government-controlled Peace Committee. She also had a strong sense of purpose needed to carry quite a bit of computer equipment through the border to activists within Russia, and a sense of adventure that drew her first behind the Iron Curtain in 1983—ultimately to become the first western journalist to visit the secret city at the Soviet nuclear test site in Kazakhstan in 1989. She was fiercely loyal and dedicated to her Russian co-activists and was acutely aware of the risks they were facing to work with her. Gale had the spirit of a warrior: in the very early days of email, while receiving intensive chemotherapy in her hospital room at Dana Farber, she exchanged a flurry of emails from her hospital bed with her Russian friends who were advocating for nonviolence on the barricades surrounding parliament during the attempted August 1991 coup.

Upon her parents’ request, Gale outlined a business/management plan in 1986 for an educational farm and nature preserve similar to Hidden Villa. She died in December 1991, just as her parents were breaking ground for the educational building at Stratford Ecological Center, near Delaware, Ohio.